Below is a lovely video on what depression is.

Depression affects so many of us these days and for too many people it is difficult to escape and becomes all encompassing.

Talking therapies are hugely beneficial for many and NICE suggests that GPs use either coun­selling or cognitive behavioural therapy (CBT) to treat mild depression. This has been shown to be more effective in the first instance than medication for most sufferers with less troublesome symp­toms, but unfortunately availability varies greatly throughout the UK. This form of therapy can be extremely use­ful to help people change their sometimes negative way of thinking and such treat­ments can be life changing, helping peo­ple regain normal function without a reliance on medication.

Homeopathy also has a place in treating depression. It can be used where patients do not feel that they want to see, or need to see a counsellor or ther­apist but nevertheless want some help to recover from their illness. It is important to emphasise that homeopathy should not be used as the only treatment in serious depressive illness where there are feelings of wanting to die or a risk of suicide, or in mental health problems such as bipolar disorder (manic depression), schizophrenia or severe post­natal depression. These are complex and potentially life threatening illnesses and need advice from other healthcare pro­fessionals too. Homeopathy may have a part to play as an additional or complemen­tary treatment but NOT as a stand alone therapy in these situations.

There are so many homeopathic remedies that can be used to treat the numer­ous symptoms of depression and anxiety and here are few key remedies.

Arsenicum album An important remedy for those with all the symp­toms of anxiety with depression, partic­ularly when there are gastric symptoms of indigestion and diarrhoea, combined with panic attacks. Somebody needing Arsenicum will probably be neat, tidy but restless. They may look anxious and drawn and tend to have a fastidious way about them, being able to give a lot of detail to their symptoms. They can be hypochondriacs and convinced that they have a physical illness which is being missed because they feel so ill and may in fact end up having a num­ber of investigations and see various health professionals before finally accept­ing what is wrong with them. They can feel that they will never be well again. Fear is a prominent symptom, causing apprehension and dread, with an over­whelming feeling that everything will go wrong, and they despair of their recov­ery. These can be patients who are very hard to reassure.

Ignatia Where depression follows from bereave­ment, loss, or a shock, such as witness­ing a fatal road accident, Ignatia can be useful. The symptom picture is typified by emotional ups and downs with mood swings and is often quoted in homeo­pathic reference books as “laughter alter­nating with tears”. Often the sufferer can prove difficult for friends and loved ones to deal with as they are SO up and down, being resist­ant to sympathy and oversensitive to well meaning advice, which may be wrongly taken as criticism. Ignatia patients tend to “bottle things up” and cry and give deep sighs during the course of their con­sultation. It may be hard for them to talk if they are overcome with their miser­able situation and friends can find it well nigh impossible to cheer up such patients. Poor sleep is common and so is the feel­ing of a ball or something stuck in the throat, known conventionally as globus hystericus.

Natrum muriaticum Another remedy that can bottle things up, but reacts quite differently to the Ignatia patient is Natrum muriaticum. This is a frequently used homeopathic treatment for symptoms of stress, such as those typified by mild depression. It is very useful when a patient has never been well since a shock or loss and feels as if they have a glass wall between them and the rest of the world. Often they have been unable to cry since bereavement and feel that they have not grieved properly for their loss. They feel worse for sympathy yet are very empa­thetic people. They sometimes build up a barrier emotionally and can appear somewhat cold and distant. They can worry about upsetting people uninten­tionally by saying the wrong thing and can themselves take things the wrong way. They are the “salt of the earth” type, having a strong sense of duty, but can find themselves being overwhelmed by the responsibility of their work, especially if they are caring for an elderly or sick relative. Such patients can feel that they should be doing more, not less, and feel they must “just get on with it”, and yet feel more and more tired and low in spirit as time goes on. Grudges can build up, with resentment. There may be an increased sensitivity to noise; certain passages of music may move them to those long awaited tears, but without relief from their low mood.

Sepia When all energy is drained and they feel unworthy of anybody’s love or attention Sepia is a great rem­edy which is also wonderful in menopause and post­natal depression. It is often needed for women who are sad, silent, solitary individuals, completely lacking in zest. Tears are never far away and a feeling of having to keep emotions under control otherwise one will have to scream is typical of the strain that such patients can feel. There is a wish to keep busy but with no incentive to do so and these patients can spend hours sitting motion­less in sadness. Sepia women say that they love their husbands or partners but cannot manage the physical side of the relationship, which they feel is starting to cause difficulties for their other halves. Sepia usually suits women who tend to feel chilly and they can either feel incred­ibly hungry, being unable to ever feel full or have nausea at the mere smell of food. They often have a sinking, or “all­gone” feeling in the pit of the stomach, espe­cially when they wake, which is not relieved by eating.

Older people Depression in this older age group (typically 75 +) can sometimes give rise to symptoms of forgetfulness and memory loss and lead to a mistaken diagnosis of dementia or Alzheimer’s disease. It can take up to three months for conventional treatment to have a full effect, and a remedy to try would be Alumina. This is a homeo­pathic potency of aluminium and is indi­cated where there is confusion about time (“time seems to pass too slowly”), diffi­culty making decisions, unease in the evening (“as if something were going to happen”), involuntary weeping without cause and a dazed feeling, making mis­takes in writing and speaking. All such symptoms are worse in the morning and tend to improve as the day goes on.

An alternative to try is Baryta carb which is especially helpful if symptoms are worse with worry or come on after a stroke.

Reiki is also a wonderful treatment to turn to in depression and a beautiful article on how beneficial Reiki can be in depression can be found here. 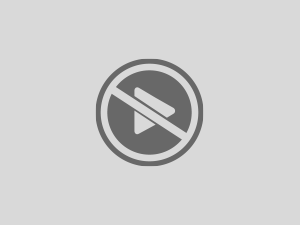 Focus on.... Homeopathy and Pregnancy

Focus on... Research trials and homeopathy

Business stressing you out?

You deserve an individual approach